Child custody cases are emotionally stressful for everyone who must experience them in the Oklahoma City, OK, family court system. Whether you are divorcing your spouse and the two of you have children, or you are an unmarried parent seeking a legal custody order, it’s vital to understand what the child custody determination process entails and what you can expect as your case unfolds. The following are some of the most common questions parents have about child custody determinations in Oklahoma City, OK. Review these questions and answers as you prepare for your impending custody case.

Q: Do I Need to Go to Court to Resolve a Custody Dispute?

A: Oklahoma state law maintains that any child custody determination must rest in the hands of a family court judge. This is to ensure the best interests of the child remain protected. However, if you are divorcing, child custody is one of the few issues your divorce may entail that will require a formal review and decision from a judge. Similarly, if you are an unmarried parent seeking a custody order, a family court judge must make the final decision in your custody case. So ultimately, yes, you will need to go to family court to resolve a custody dispute in Oklahoma City, OK.

Q: Can I Negotiate Custody Privately With My Co-parent?

A: Some parents attempt to handle custody without involving the court system. However, this is not always practical or legally possible. For example, divorcing parents must settle custody of their children as an element of their larger divorce case. While unmarried parents sometimes agree to custody terms without formal legal review, these privately negotiated agreements often fall apart with time. One parent may demand a legally enforceable custody order to make both parents’ rights and responsibilities perfectly clear. Therefore, while you and your co-parent may discuss your preferences, expectations, and goals regarding child custody privately, you will ultimately need to resolve the issue through the family court system to ensure the legal enforceability of your custody terms.

A: Child support determinations typically unfold in tandem with custody disputes. When the court resolves a child custody dispute, the judge handling the case must review several details to determine what type of custody arrangement would best suit the interests of the children involved in the case. Once custody rights are assigned, the judge will evaluate the total financial support the child should receive from both parents and then divide this amount in half to determine each parent’s support obligation.

Whichever parent assumes a more significant share of physical custody will likely receive child support from the other parent. Physical custody pertains to residency or where the child lives and spends their time. If a child spends most of their time with one parent, the court assumes that this parent will inherently fulfill their end of the support obligation by handling the bulk of the child’s everyday needs.

A: When your custody case goes to court, the judge handling the case must evaluate several factors to determine what type of custody arrangement would best suit the interests of your child. Some of these factors include:

Judges handling custody cases must carefully review extensive details regarding the parents and their child to determine what type of custody terms would best suit the child’s needs and interests.

Q: Can I Change a Child Custody Order in Oklahoma City, OK?

A: Yes, it is possible to request a change to your custody terms in Oklahoma as long as you have valid reasons for doing so. The modification process allows parents to request changes to their child custody and child support terms in response to unexpected life events, such as sudden injuries, unexpected medical complications, job loss, and relocation. If you believe that recent events in your life have rendered your existing custody order untenable, an experienced attorney can help you draft a petition for modification.

Your petition must include a complete description of the changes you wish to have implemented into your custody order and a detailed explanation of why these changes are reasonable and necessary. Parents often use the modification system to adjust child support terms as well. However, their reasons for doing so must be beyond their control. A parent could not, for example, quit their job just to claim they can’t afford to pay child support anymore.

Q: What Do I Do If My Co-parent Violates the Terms of Our Custody Agreement?

A: Parents must follow their custody orders to the letter at all times. While occasional issues may arise, these should be communicated and addressed appropriately. If a parent repeatedly and intentionally violates their custody order, they may face contempt of court or even criminal prosecution. Penalties for violations of a child custody order can include fines, jail time, and a loss of custody rights. If you believe your custody order is unfair, one-sided, or otherwise problematic, it’s vital to petition for modification rather than defy the order.

Hopefully, these questions and answers clarify some of your concerns about an impending custody determination in Oklahoma City, OK. Any child custody case is likely to pose significant challenges to the parents involved, and it can be incredibly emotionally stressful to confront the child custody determination process. One of the best things any parent can do to prepare for this type of legal dispute is to hire an experienced attorney to represent them. The right Oklahoma City, OK, family law attorney can provide invaluable guidance and ongoing support throughout your custody determination. If you have specific questions regarding the details of your impending custody case, it’s important to contact an experienced Oklahoma City family law attorney as soon as possible.

Divorce is a more detailed process than many people expect. While most people are aware that divorce is the formal legal process of ending a 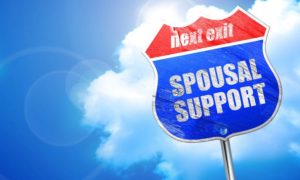 How to Know If You Should Get a Divorce: 9 Signs That It’s Time to Consider a Divorce

The last few years have been challenging for everyone, and the pandemic has been particularly hard on marriages. Figuring out whether it’s a challenging time

Can I Settle My Oklahoma City, OK, Divorce Privately?

Divorce is a deeply personal and often life-changing experience. It’s natural to have lots of questions about how your divorce will unfold, what you can

The choice of a lawyer is an important decision & should not be based solely upon advertisements. See additional disclaimers here.